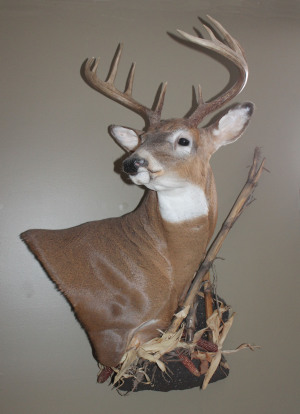 BRION – Eugene Allen Brion, 89, of Liberty, Pennsylvania, died Thursday, January 6th, at his daughter’s home in Liberty, (Jackson Twp., Lycoming County, PA).  He married his beloved wife Donna Lee (Moyer) in Ralston, on May 23, 1959.  She preceded him in death on January 9, 2008, following 49 years of loving marriage and they are now together again.

He was born on August 27, 1932, at home in Liberty, Liberty Twp., a son of the late Ernest Lee Brion, Sr. and Margaret Ellen Kilpatrick-Brion.  Eugene formed a farm partnership with his parents and brothers Ernest and Donald (known as Brion & Sons) on July 1, 1965.  In May 1966, when his father retired from farming, the three sons officially changed the partnership name to “Brionview Farms.”   He proudly served in the U.S. Army as a Corporal with Company “B” 2nd Infantry Army's Tank Division as well as the National Defense of the Berlin Wall.

Eugene was a hardworking dairy farmer, great mechanic, loving father & grandfather who had always been there for his family.  He enjoyed woodworking and wood turning with a treadle lathe. Eugene created beautiful bowls, canisters, plates, vases, egg holders, napkin rings, rolling pins and more, using multiple woods such as walnut, black walnut, oak, cherry, and maple.  He loved the outdoors especially while hunting and fishing.

Eugene’s wishes were to spend eternity with his loving wife and overlooking the land that was once his.  There will be no viewing or funeral service at this time. A service to honor Mr. Brion's life will be held at a later date this summer and will be announced by the Pepper Funeral Home and Cremation Facility, 578 Springbrook Drive, Canton, PA. Please share memories and condolences with the family by visiting www.pepperfuneralhomes.com

To send flowers to the family or plant a tree in memory of Eugene Allen Brion, please visit our floral store.